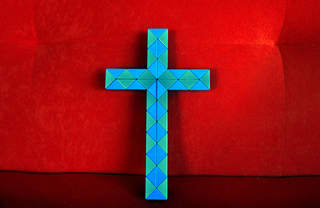 The sheer magnitude of this city is often so overwhelming it can only be fully comprehended from a safe distance, like say, Griffith Park. But if you’re brave enough to take a closer look at your surroundings, to really dig in to the life teeming around you 24 hours a day, you are bound to find some pretty strange stuff. Yes, the vastness of L.A. is matched only by its weird and wacky peculiarities. Those bland strip malls are hiding more than massage parlors and vape stores, after all. Downtown is perhaps the heart of L.A. weirdness, so why not venture outside of your comfort zone and take a look around. We recommend starting with these crazy corners of the world…

> Mexican candies, jelly beans, and piñatas galore, Raquel’s Cash and Carry at 1238 E. Olympic marks the heart of DTLA’s Piñata District and specializes in candy, confections, piñatas and yes, more piñatas – in all shapes and sizes! Raquel’s is one of the largest Hispanic products importers in the country, but it’s not the only retailer in this colorful corner of the city. Take a stroll down this kitschy avenue and see what wonders you can find!

> We don’t practice Santeria, but if we did we’d come here to get our essential minerals. A sort of pharmacy for witch doctors, the Farmacia Y Botanica, a.k.a. “Million Dollar Botanica” at 301 S. Broadway has a weird assortment of candles, rosaries, voodoo dolls and even an aerosol can you can spray in a room to bring you money. Serving all your spiritual and pseudo-medical needs, the question is: What don’t they have here? Don’t forget to light a candle at the altar and say a prayer to Santa Muerte on the way out. Never underestimate the power of belief.

> Since 2013, The Velveteria has resided at its new location of 711 New High St. in Chinatown. Curated by owners Karnen Anderson and Carl Baldwin, this unique gallery houses over 450 pieces from the couple’s collection of 3,000 velvet paintings, which come from every corner of the world. If chiaroscuro kitsch is your thing, then you’ll love this one-of-a-kind museum that deserves to make any list of strange places to visit in L.A. Even Anthony Bourdain couldn’t resist a stop here. Admission is $10.

> Like a set out of a Hollywood movie, the Heritage Square & Museum at 3800 Homer St. is a time capsule of the old Southwest. A “living history” of Southern California from the close of the Civil War to the beginning of the 20th century, the eight Victorian structures that make up the “town” were saved from demolition by the Cultural Heritage Foundation in the late 1960s and moved to their new home along the Arroyo Seco in Lincoln Heights – just a short drive from downtown. A popular backdrop for time warp weddings and photo shoots, the site is also available to rent. Day visits run $10 for adults and $5 for children.