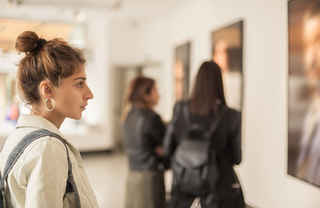 East of Main and south of 3rd, Skid Row had a population of over 17,000 people at the beginning of the 21st century –- and over 3,000 of them were homeless. This often misunderstood neighborhood is widely known to be one of the largest stable populations of homeless people in the U.S. A result of the migratory seasonal labor that helped build Los Angeles in the early 1900s, it has seen many attempts at rehabilitation over the years, and it has raised enduring moral and political questions to lawmakers and community activists alike.

Narrowly escaping a similar fate to the one that befell Bunker Hill when it was clear cut and tunneled through in the 80s, Skid Row has shrunken in size in recent years. Now, with the many developments occurring downtown, community activists and the Los Angeles Poverty Department have stepped in to create the Skid Row History Museum & Archive. Seeking common ground in an age of cultural disparity, the museum aims to acknowledge those who have lived and worked in the area. It will feature a state-of-the-art digital archive celebrating the culture of Skid Row, which includes a long list of activists, artists and residents devoted to positive change in the city.

Beginning this week with its first exhibit, “Blue Book/Silver Book”, the museum will open its doors to the public.