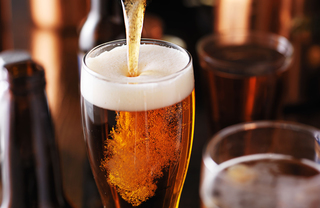 Southern California has become the nation’s top destination for young brewers, and lately every time you turn around another contender is setting up shop and vying for the crown. While microbrewing may have begun in Sonoma County, there are now more than 30 breweries in the Southland (and counting). L.A. is becoming a virtual utopia of hops -- or “hoptopia” if you will -- and the freeform style that you might expect from Southern California accounts for some very creative concepts. So with L.A. Beer Week just around the corner, we thought we’d help you study up with this rundown of some local breweries you should know about.

We’d be remiss if we didn’t give a shout out to Craftsman in Pasadena, which you can find on tap at Oinkster in Eagle Rock (pulled pork and beer!). Try Craftsman’s Heavenly Hefe or Edgar’s Ale. Also, if you don’t want to leave the immediate vicinity of your new downtown apartment at Eighth and Grand, give Bonaventure a try at 404 S. Figueroa, the new home of head brewer and friend of the hop, David Blackwell -- a man who clearly prefers ales. And if you venture down to Long Beach, you can’t miss Beachwood BBQ and Brewing. They really know what they’re doing at Beachwood “where fork meets pork” and a huge selection of American pales. Located along an unassuming side street just off the main drag, we know you’ll dig their adventurous west-coast style.

What can we say? Life in L.A. gets more exciting every day – especially for beer lovers. On the horizon, we’re looking forward to Smog City Brewing Company currently in Torrance but heading to the South Bay. (They have a special gift for Belgian saisons.) And last – but bound to rise to the top of many “best of” lists – L.A. River Brewing Company. This Kickstarter-funded fledgling is coming soon with high quality, hand crafted, small batch beers like the aptly named, Silverlake Hopster IPA.