" Gear Up For Chinese New Year In DTLA 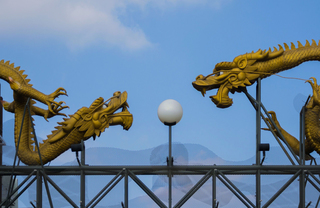 We all know at least a little something about Chinese New Year. The holiday is, according to the History Channel, “the most important social and economic holiday in China...a time to bring family together for feasting.” In the United States, plenty celebrate Chinese New Year, and around the affordable apartments in Los Angeles, there will be plenty of New Year festivities kicking off for anyone interested in having a good time. San Francisco might lay claim to the the biggest Chinese New Year parade outside of Asia itself, but that doesn’t mean there isn’t plenty going on in sunny Southern California for residents to enjoy. Read on, as we dive into the events taking place for 2018.

Some Background On Chinese New Year

A few notes, in case you weren’t already aware. Chinese New Year 2018 takes place on February 16th. The specific date varies from year to year as this celebration falls on the new moon between the 21st of January and the 20th of February. Last year, for instance, Chinese New Year fell on January 28th. Next year, it will take place on February 5th.

The festivities take place over fifteen days, with each day offering different significance in traditional belief. There’s a wealth of traditional food to be cooked, plenty of old practices to be followed through on, gifts to exchange, and, of course, the impressive fireworks displays. Here’s what’s going to be happening around DTLA come the big day.

Perhaps the most well-known and notable of Los Angeles’ Chinese New Year celebrations, the Golden Dragon Parade, will be entering its 119th year:

“In celebrating over 100 years of tradition, the Chinese Chamber of Commerce of Los Angeles presents the 119th Annual Golden Dragon Parade. With over thousands and thousands of individuals lining the parade route and thousands viewing the telecast each year, this colorful celebrating along North Broadway in Chinatown has become the premiere cultural event in the Southern California Asian-American Community.”

You can get some additional details on the history of this tradition on their homepage, but in short, this parade started more than one hundred years ago, when the growing Chinese community of Los Angeles started to celebrate in the parade of the City Of Los Angeles. In the 1980s, the event gained significant prominence, expanding to include “almost two dozen floats, multiple marching bands, government officials, various dignitaries, entertainers, local business leaders and cultural groups.” Since then, it has been a major draw, and an annual staple of the city.

This year, the parade will take place on Saturday, February 17th at 1:00PM, traversing Hill Street, Bernard, Broadway (you can check out the detailed parade map here). As you can see, there will be several road closures and areas for crowds to assemble, so be sure to study that map thoroughly to make your plans. Tickets for the event will be sold through Eventbrite. They aren’t at all expensive, so be sure to pick a few up and get the family out there to enjoy the show.

There will, of course, be accompanying events to go along with the parade, which you can learn about at Chinatown LA’s website. A photo booth, numerous artisans, an arts and crafts workshop, acrobats, food booths, a beer garden, and much more will be set up to delight visitors to the excitement. There will even be some music, courtesy of the LA Weekly Live Music Stage and curated by Kevin Bronson of BuzzbandLA.

The Golden Dragon Parade is LA’s premier Chinese New Year throwdown, but it’s hardly the only thing that will be going on around town. There are plenty of other ways for residents to gear up for the New Year leading up to the big day.

“We are back in the beautiful SHRINE in Little Tokyo (exact address given upon registration). Our venue features awesome play areas & equipment, spacious lounge areas, full bar, delicious snacks to keep your energy up, and of course, the gorgeous rooftop featuring views of Downtown Los Angeles.”

It’ll be a night to remember, for sure, but perhaps a family-friendly event is more along the lines of what you’re looking for? In that case, story time with the Flights Of Fantasy Story Theatre might be more to your liking? Their Ring In The Chinese New Year event will grant attendees an opportunity to hear a collection of folk tale performances and so-called “interactive storytelling,” all in the family-friendly setting of the Studio City Library on Moonpark Street.

Then there are traditional takes on the holiday, like the Chinese New Year Gala. This event, put on by the Greater Monterey Park Chamber Of Commerce, will be celebrating the New Year and the Year Of The Dog in stunning fashion. Poised at the Capital Seafood Restaurant, they’ll be taking over the premises on Tuesday February 20th from 6:00PM to 9:00PM.

The cause for all the joy? They’re toasting to yet another fantastic year of business success, of course:

“We hope to see you all come dressed in our red and black award themed night as we'll be giving away our MPK Awards to those business who have showed the most effort in our community. We will also have live entertainment from the Lion Dance Group!”

You’ll need a ticket for entry (there are two levels: $65 early bird offerings and $80 regular tickets), and if you feel so inclined, you can also donate to the event and organization. Different levels of support will yield different kinds of recognition from the GMPCC, so consider it if you’ve the means to do so.

There will be many more fine events like this one happening in and around Downtown Los Angeles, so be sure to keep searching to stay in the know on all the Chinese New Year’s Festivities that will be happening around town.

Affordable Apartments In Los Angeles Will Put You Near The Parade Action, Though

The main event remains the parade, and if you’d like to be near enough to the action to get over there, have some fun, then get back home in time for some rest, you might do well to check out spots like Eighth & Grand for the best spot in the house. Nestled securely in DTLA, this community provides all the conveniences you’d expect from a modern apartment: spacious floorplans, amazing amenities, and fabulous neighbors that make living here a treat. Be sure to peruse the offerings, and make Eighth & Grand your spot for a superior downtown residence.