4th of July in LA 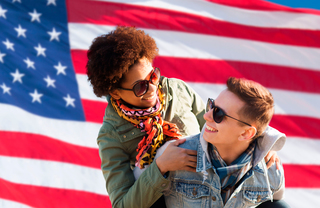 Take a trip to any of the high-end apartments in Los Angeles and you’ll find that the 4th of July here is serious business. Parades, fireworks, picnics, barbeques, and more will be going down all over the city, and if you aren’t hip to what’s worth your time (and what’s not), you’ll be more than a bit lost trying to figure out where to spend your precious time.

Which is where we enter the picture. Instead of having you scour the internet endlessly, looking for things that might interest you, we’ve brought a selection of some of LA’s biggest and hottest 4th of July festivities into one list for you to review. Take a look at what’s going on, and prepare to have the time of your life once Independence Day rolls around.

4th of July in the Pacific Palisades

It’s no secret that when it comes to the Pacific Palisades, the Palisades Americanism Parade Association likes to pull out all the stops in creating what might be one of the most stunning displays of patriotism and all-American goodness on the West Coast.

This year, the Palisades 4th of July is going to feature three big events (all on the same day!) that will be bringing the house down: a July 4th race, the 70th Anniversary July 4th Parade, and the amazing Fireworks Display and Concert.

The race, the Palisades Will Rogers 5 & 10K as it is also known, starts promptly at 8:15AM at the Palisades Recreation Center on 851 Alma Real Drive. You can find all of the pertinent registration information here, and remember, there’s also a “Kid Run” which will be starting at 9:30AM as well.

The parade is a yearly tradition enjoyed by all, and has grown into “one of the top Independence Day parades in the entire country.” It’ll be quite the sight, with numerous marchers and floats all entering the parade in stunning fashion. If you’ve got a mind to enter your own float into the event and dazzle the crowds.

Capping off the evening will be the huge fireworks display, along with the concert (300 minutes worth of live music),games, and food. Everyone will be getting in on the act:

“As the sun sets, the town will be dancing, singing and waving the American flag at Palisades Charter High School.”

Fireworks will be coming courtesy of Pyro Spectaculars, and all the day’s festivities are organized, funded, and produced through PAPA. You can learn more and check out all the frequently asked questions here, on their website.

4th of July at Dodger’s Stadium

It doesn’t get much more American than a thrilling baseball game right on the 4th of July. The Dodgers will be at home taking on the Pittsburgh Pirates at 5:10PM, the latter half of a two game exchange. Win or lose, the game will be complemented by “one of LA’s best 4th of July fireworks displays,” presented by Budweiser. You’ll even have the opportunity to score a rather slick 4th of July-themed LA Dodgers t-shirt by way of the Independence Day Ticket Package.

4th of July at the Hollywood Bowl

The Hollywood Bowl is well-known as a the place to go to see amazing concerts, and July 4th will be no exception, as the all-girl rock extraordinaires, the Go-Gos, bring down the house:

“Make it a Fourth to remember with a patriotic program of star-spangled music and the groundbreaking all-girl hit-makers The Go-Go’s. The 1980s megastars will fill the Bowl with a raucous set of power-pop like “We Got the Beat” and “Our Lips Are Sealed” before our famous fireworks close out the night.”

The night’s festivities start at 7:30PM and last until 11:00PM. Be sure to snag your tickets early and show up to the Hollywood Bowl while there’s still plenty of parking available.

4th of July at Grand Park

What do you get when Grand Park and the Music Center team up? You get the Grand Park + Music Center’s Fourth of July Block Party, the country’s largest free July 4th celebration. There will be plenty of fun once the action gets started, including the picnic, games, art, music, dancing, and the show-stopper, the spectacular fireworks display. DJs and live performers will be showing off their talents on two stages set up at the park, and the fireworks will roar from the roof of the Music Center’s Dorothy Chandler Pavilion, lighting up the surrounding neighborhood.

4th of July at Redondo Beach

Perhaps you don’t have the opportunity to get out to Redondo Beach too often. For July 4th, you’ll have plenty of motivation to make an exception, as the Seaside Lagoon Celebration and Fireworks Spectacular is all set to be quite the thrilling show:

“Our community event offers a family-friendly atmosphere and a front row seat for this year's Fireworks Spectacular. Enjoy all day supervised swimming and activities at the Seaside Lagoon featuring water slides, fountains and plenty of beach sand.”

Fourth of July fun mixed in with an outstanding day of beachside festivities? There aren’t too many ways to improve upon that, but the inclusion of a spectacular DJ set, party activities, and a heaping helping of fresh food manage to take this event to a whole new level of excitement. This will be one you’ll not want to miss.

They won’t be electric in the literal sense, mind you, but when the food and fireworks are in ample supply, you’ll notice a significant kind of energy flowing through the air. Of course, there’s an unmistakable energy at places like Eighth & Grand all year round.

It might have something to do with the amazing location and the never-ending enjoyment that residents have here all year round. Maybe it’s the deep sense of community that comes with being part of DTLA’s continuous evolution? Whatever the case, Eighth & Grand is the place to be, and you’ll be doing yourself a service when you check it out in greater detail.