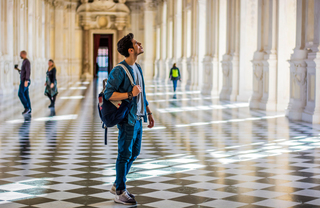 The luxury apartments in Downtown Los Angeles aren't just great for comfortable living and amazing views of this rapidly developing part of the city. They're also noted for putting residents right in the range of all of the great museums that are situated in Downtown. As noted by organizations like the Downtown Center Business Improvement District, the wealth of choice when it comes to different museums and galleries is vast.

So vast, in fact, that if you're not overly familiar with the area, you might be at a loss trying to decide which to go to. While we can't make the ultimate decision for you, we can provide an overview of some popular picks. Here are a few selections that you should keep your eyes peeled for.

The Museum Of Contemporary Art

The Museum Of Contemporary Art, located on South Grand Avenue is a dedication to pop art, abstract mastery, and all things contemporary. Established in 1979, they hold the distinction of being the only artist-founded museums in Los Angeles, according to their mission page on the official website.

The collection here covers over 7,000 works from a diverse range of artists, with most of the art representing pieces created after 1940 (putting it well into the modern space). This location, known alternatively as the MOCA Grand and currently showing a selection of photographs from Anna Maria Maiolino, is one of three that MOCA has throughout the city, Speaking of which...

The largest of the three MOCA galleries located in Los Angeles is at the Geffen Contemporary. Like its sister site, it is dedicated to housing and displaying impressive works of modern art in an inventively repurposed space:

Of the many features you'll find here, an upcoming lecture, "Liam Young on Adrián Villar Rojas" promises to be rather enlightening. Architect Liam Young will be providing a "unique perspective" on the works of the aforementioned artists and his impact on speculative fiction and creativity.

It might seem odd that a financial institution would also have a museum, but there's one located in Wells Fargo's name right on South Grand Avenue at the Wells Fargo Center.

It's one of 12 museums meant to "demonstrate Well's Fargo's timeless strengths," and includes displays like old photograph, mining artifacts, historical telegraphs and bank artifacts, as well as original stagecoaches from when such modes of transportation were still commonplace.

The Japanese have played a crucial role in the fabric of American society for well over a hundred years, and their unique cultural experience is enshrined at the Japanese American National Museum on North Central Avenue. The museum contains "over 130 years of Japanese American history, dating back to the first Issei generation."

Of the many artifacts and pieces of history that are held here, in excess of 100,000 feet of 16mm and 8mm home movies taken by Japanese-American families is one of the most prominent, showing the lives of these individuals as they lived from the 1920s to the 1950s. The museum also contains "artifacts, textiles, art, photographs, and oral histories of Japanese Americans."

An interesting pick on North Central Avenue is the African-American Firefighter Museum. The heritage of black firefighters in America is much deeper than you may have previously realized, and this museum is dedicated to "collecting, conserving, and sharing" that history with all who wish to learn.

First established in 1997 as an acknowledgement of the "first 100 years of service by African American Firefighters," the museum is now celebrating twenty years in existence. This museum is free to the public on Tuesdays, Thursdays, and Sundays during set hours.

For fans of music and the overwhelming influence of many American greats, the Grammy Museum on West Olympic Boulevard is the perfect destination to honor these champions of their craft. Exhibits here aim to:

"Educate individuals about the history and cultural significance of American music, and to inspire the next generation to explore and create new forms of music using the roots that have existed in this country for centuries."
Currently, the museum is still featuring tributes legends like Ella Fitzgerald and Michael Jackson, and in the past has done divers offerings like "The Legends Of Motown," "Count Basie," and "Bob Dylan."

For something altogether different, you might want to give the Museum Of Ice Cream on East 7th Place a visit. Located in Downtown's Arts District, this interesting offering displays a plethora of art dedicated to none other than the love of ice cream. Varying statues and interactive works adorn the museum's many rooms, with the added bonus of hangouts spaces and games provided for guests who tour the exhibits.

Just be sure to get your tickets in advance. This museum is quite popular, and there are plenty of occasions where availability is completely sold out due to the volume of eager and hopeful visitors looking to gain entry to this wholly original concept of a museum.

See Them All From The Luxury Apartments In Downtown Los Angeles

Want to check out some of these fabulous museums for yourself? The best place to set up shop is Eight & Grand. This desirable DTLA location is right in the middle of all the action, and the building is specifically designed to maximize comfort and convenience for residents with the most discerning tastes.

From the spacious units—which range from smaller singles to luxurious triples—to the modern building services and amenities—which include offerings like a WiFi spaces, a pet grooming area, and a calming Zen garden—you'll be mystified by the grandeur of this lavish complex.

Eighth & Grand was created to showcase the best of what DTLA has to offer, so if you're keen on living in the city's most up-and-coming area, check out what it has to offer and consider moving this rental community onto your shortlist.